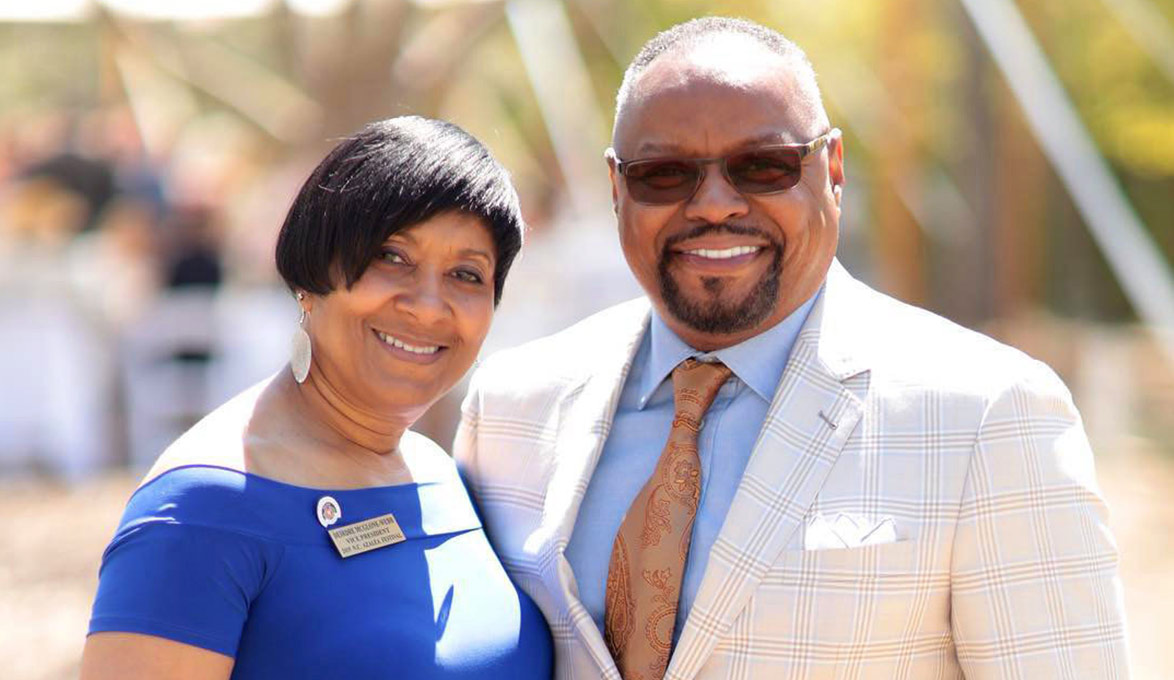 The North Carolina Azalea Festival, Wilmington, N.C.’s much-beloved welcome to spring, returns next month after a year of absence thanks in large part to SouthState’s Dee McGlone-Webb.

McGlone-Webb, branch manager of the Wilmington Military Cutoff branch, couldn’t be happier to be serving as president of the 74th Azalea Festival and helping the event “bloom” once again. “While we’ve experienced a few challenging moments, it’s been super exciting to see the different venues unfolding to ensure a celebration,” she says.

A Wilmington native and a veteran banker with more than three decades of experience, McGlone-Webb joined SouthState four years ago as branch manager of the bank’s Military Cutoff location.

McGlone-Webb has worked in nearly every facet of the Azalea Festival. Starting in 1998, she began volunteering with the Azalea Pride committee, which does trash cleanup so visitors can see the best version of the city. In 2005, she moved to chair the sponsor relations committee and, after several years as chairs for other festival committees, joined the board of directors in 2016. Board members serve a year in each board role, including secretary and treasurer, finishing with a year as president.

“By the time you become President, you have a great understanding of how all of these committees come together to form the festival,” she says.

Her role as president sees McGlone-Webb presiding over board meetings, coordinating with the festival’s executive director, leading committee meetings of 100 or more volunteers, recruiting sponsors, arranging invites for special guests, and promoting the event in local media.

Most festivalgoers only see the fun and food, but the event is a vital one to the Wilmington community – an estimated $50 million impact, in fact, according to a study from UNC-Wilmington.

“The mission of the Azalea Festival is two-fold: to stimulate the economy of the region and promote volunteerism,” McGlone-Webb explains. “The ‘Festival Family,’ along with our sponsors, are diligently working to generate opportunities and stretch out events that will eventually allow us to gather more people together and get the economic boost the community needs right now.”

After a year without the popular festival, the atmosphere is now burgeoning with excitement. The various committees are working hard to ensure all visitors can enjoy socially-distant festival events.

“The ingenuity and creativity of all of the staff, the volunteers, the board and our sponsor partners have made it possible to enjoy some very unique and different venues,” McGlone-Webb says.

The festival will run April 7-11 in Wilmington, though McGlone-Webb’s favorite event, the annual parade, is scheduled for Aug. 21 due to crowd size restrictions. “It’s the most diverse and inclusive event of the entire festival. It’s where you get a glimpse of the ‘community’ and see how it takes a village to make it all happen,” she explains.

In addition to serving year after year to make the Azalea Festival happen, McGlone-Webb serves as a commissioner and holds the position of treasurer for the Battleship USS-North Carolina and treasurer of Mount Pilgrim Missionary Baptist Church. She’s also volunteered with her local elementary school and is a past president of the YWCA of the Lower Cape Fear.

SouthState Bank salutes McGlone-Webb who, like many of our team members, serves her community through dedicated volunteerism.

Learn more about the Azalea Festival and purchase tickets here.