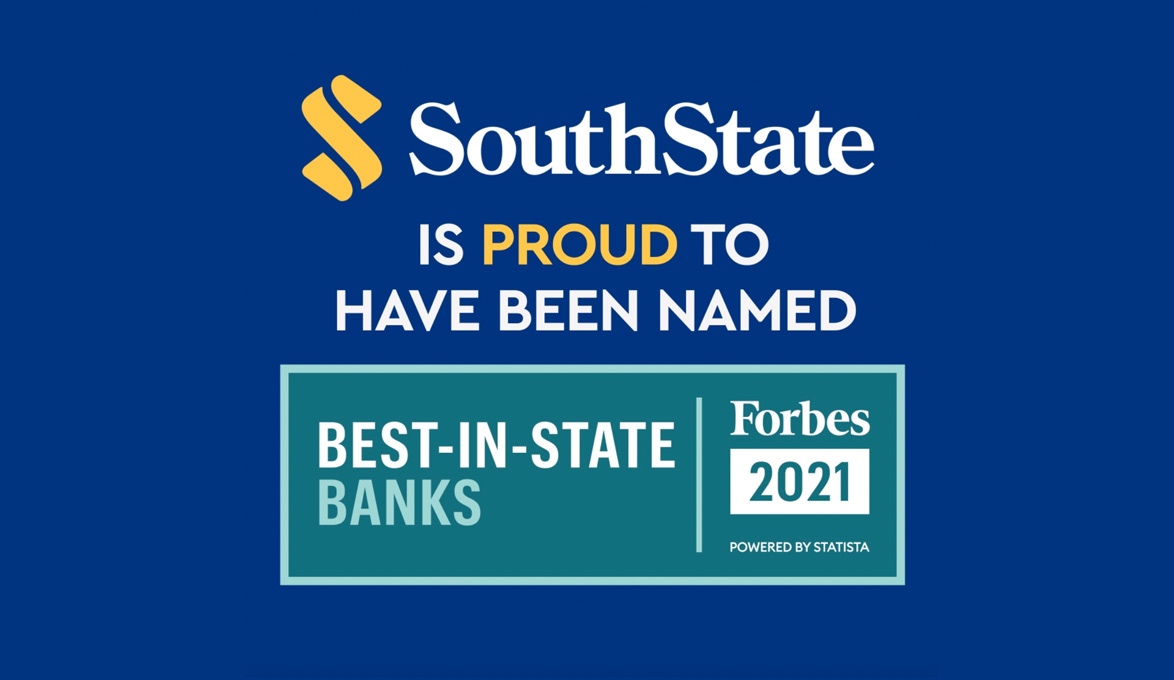 WINTER HAVEN, Florida – July 21, 2021 – SouthState today announced it has been named to Forbes’ “Best-in-State Banks” list, earning the No. 1 ranking in Florida, the No. 2 ranking in Georgia and the No. 3 spot in South Carolina.

SouthState has been named one of the “Best-in-State Banks” in South Carolina since the ranking began four years ago, and this is the second consecutive year the bank has made the list in Georgia. The bank also earned the designation in Florida in 2018. SouthState was one of only five banks in the nation to make the list in three states.

Between one and five banks and up to 10 credit unions were awarded the best-in-state designation by Forbes. Nationwide, 135 banks, or only 2.7 percent of all banks in America, made the list, available here.

The “Best-in-State Banks” list, developed by Forbes and partner Statista, resulted from surveying more than 25,000 customers in the U.S. about their banking relationships. Respondents ranked banks on overall recommendation and satisfaction, as well as five subdimensions: trust, terms and conditions, branch services, digital services and financial advice.

To make things easier, let's start with the basics

This information will automatically be included with your application to help speeds things up. Remember, your address must be located in GA, SC, NC, VA, AL, or FL.