The US Election Under The “Macro”scope

The US Election Under The “Macro”scope

There are few regular events as high profile and newsworthy as the outcome of the US Presidential election, and the upcoming one is no different. While the election is a binary choice, the outlook for markets is not so much feast-or-famine, but a range of possible outcomes that also depend on the degree of victory for either party as reflected in Congressional results, and potentially the disorderliness of the process. We offer no prognostication as to the potential political outcome, but instead set the stage for what is in store for whomever holds the seats of power come January 2021.

The above quote, ascribed to French sociologist and philosopher Auguste Comte, is just as relevant in the United States in the 21st century as it was in Europe in the 19th century. Every generation that comes to be has its own identity - molded by the successes and failures, trials and tribulations that beset the generation in its early years. This election will be the first that the Gen Z Generation eclipses 10% of eligible voters, and sadly, the first that the Greatest Generation and the Silent Generation slip below 10%. 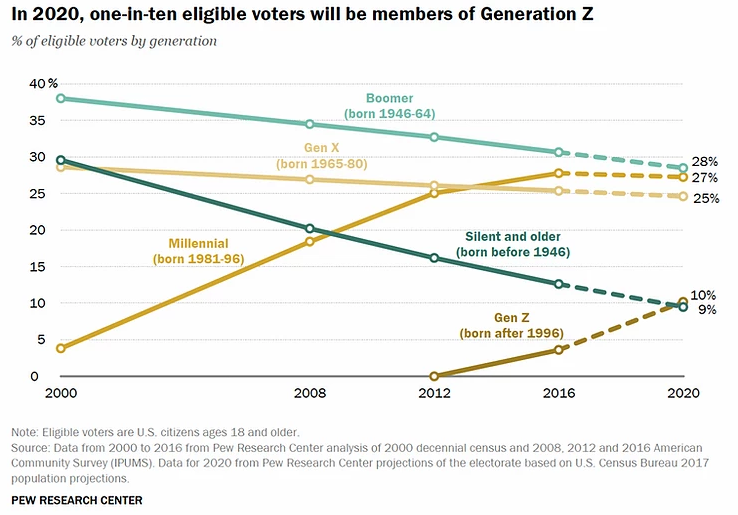 Entangled within generational identity is the political orthodoxy that comes about in early adulthood and prevails through the collective lives of each respective generation, and elections are the means to exercise that orthodoxy.  Every election is partially a referendum on the top social and economic issues of the day - 2020 is no different, and certainly the most emotionally charged since the 1960s. As voters go to cast their ballots the top economic issues are starkly in our face today- which candidates and parties have the best vision and plan for taking the country through the remainder of the pandemic and out the other side into recovery. As we have opined in earlier writings, the 2020 recession has hit “Main Street” America especially hard. Permanent closings of small businesses, especially anything related to serving customers in person, is surreally bad and accelerating with the Paycheck Protection Plan (PPP) stimulus wearing off, and the challenges of the winter months still ahead.

On the flip side of “Main Street” are the set of companies that have benefited from this challenging year - namely technology, some health care, and other work from home beneficiaries. These beneficiaries happen to coincide with many of the top constituents of the S&P 500- names like Microsoft, Apple, Amazon, Google, and Facebook. These five stocks have pushed the market capitalization to historically high levels and raised their collective percentage of the S&P 500 to north of 20%. The relative stability of the overall capital markets in 2020, and the significant gains in some stocks, is yet another example of a seemingly ever-increasing wealth inequality- a social topic that remains front and center of political debate and public consciousness. 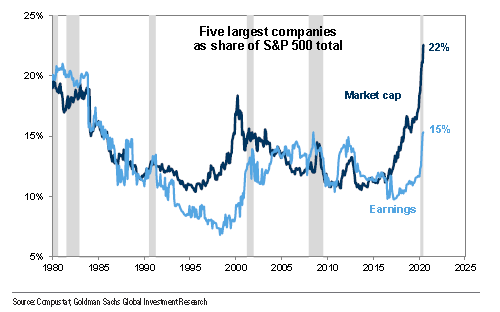 This inequality and its perceived root causes, a mix of relentless globalization, rolling up of monopolistic power in many parts of the economy, and a socialization/ government bailout of capital markets losses over the last 30 years finally has hit its boiling point, and was one of the reasons for the Trump “Make America Great Again” 2016 victory. This turning of the Republican Party on its head in the direction of “economic nationalism” also manifests itself in today’s Democratic Party. In fact, the most common overlap between the two platforms is the desire to “reshore” jobs and several other policy changes in favor of the American worker. On the heels of this shift in policy making is also a 21st century focus on anti-trust concerns, and the breaking up of concentrated power in different sectors of the economy. The ink is practically just dry on the U.S. House Judiciary Committee anti-trust report that took square aim at Amazon, Apple, Facebook, and Google. Among the Committee’s recommendations are: separations and prohibitions on certain dominant platforms from operating in adjacent lines of business; interoperability and data portability requirements; non-discrimination requirements and a ban on self-preferencing; and beefed up merger and monopolization enforcement, as well as better administration of antitrust laws. With the election looming, nothing likely comes from this report except to possibly be used as a reference in potential action down the road.

In conjunction with the pivot to economic nationalism is a continued deficit and staggering debt buildup. While 2020 is an outlier due to COVID, underneath the surface is a structural building of deficits due to increased spending, tax cuts and forthcoming entitlement spending. 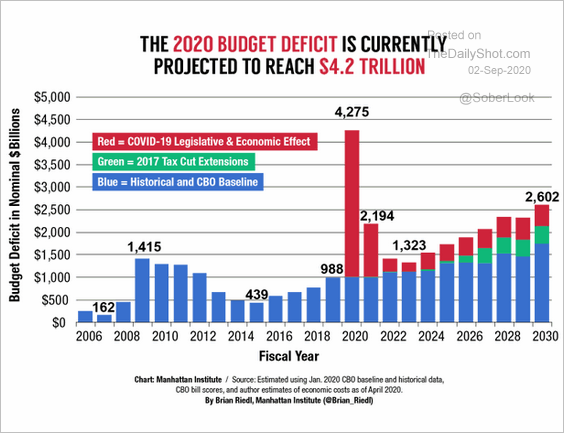 As the US Treasury continues to run in the red, the Federal Reserve has stood by as an eager buyer of newly issued Treasury debt. This has been a significant help in 2020 and this pairing up of Treasury and Fed financed the stimulus checks, PPP loans, and enhanced unemployment benefits. The bigger question that remains is how much additional money is needed and what, if any, longer term repercussions will there be from such an accumulation of debt.

The South State Private Wealth team will host a live webinar after the election to cover the results and the path forward into 2021. Given the potential chance that the election results are delayed due to the historically higher than usual mail in voting this year, we will tentatively schedule this webinar for Monday, November 16th at 4pm EST. If you would like an invitation, please contact your banker or your wealth relationship manager. We thank you for your trust in us and wish you a happy and healthy October.

Your Banking Just Got Better

We have a new look and a new website to make banking simple for you. Would you like a quick tour to see what's changed?

Start Tour No, Thanks 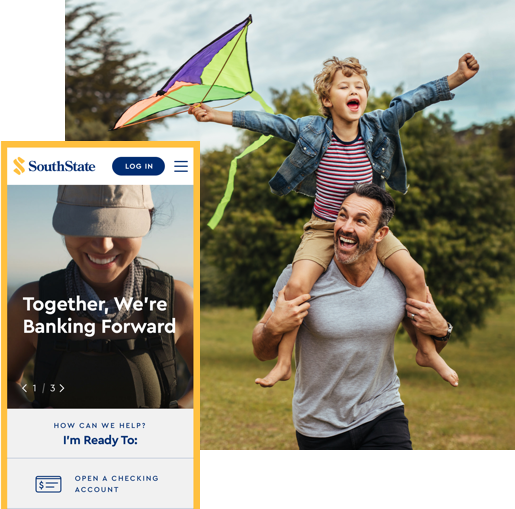